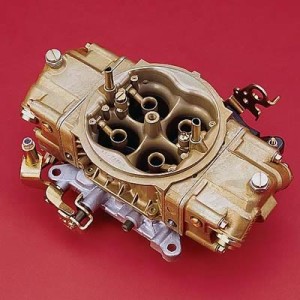 DCI Motorsports started life as Don’s Carburetor Inc. in 1983 by a young Don Johnston. Don’s history and heritage has always been involved with High Performance, especially Pontiac’s. While growing up, Don’s uncle was heavily involved in Drag Racing and helped teams such as the Flinstone Flyer as well as many more big names of that era. Don’s dad has always liked Pontiac’s and as he was growing up they always had some sort of a Muscle car such as a ’63 Catalina 421 4 spd., ’67  GTO 400 4 spd., ’69 Firebird RA III 4 spd. convertible, ’69 GTO Auto, ’69 Firebird 4 spd. and a 1968 Firebird 4 spd. that Don’s dad had gave him after restoring it. Don’s love for Pontiac’s grew with that special gift. With Don’s history of High Performance, it was only natural that he would continue the legacy. That is how Don’s Carburetor started.

While rebuilding carbs for customer cars, Don drag raced at local tracks like Quaker City, Drag way 42, and Youngstown Drag City. Don liked fast street cars, and because of his love for these street beasts, stood out at the track. One of many cars Don raced was a 1981 Grand Prix which he drove to the track and would run consistent mid 10 second passes; Pontiac powered of course. Well it did not take long, and Don was getting calls to build engines for these guys from local tracks. Thus was born DCI Motorsports Inc.

Not satisfied with the performance heads available for Pontiac’s, Don decided to learn as much as possible about air flow, and fuel atomization and designed his own head know as the DCI TIGER HEAD, unquestionably the best as cast traditional Pontiac Cylinder Head in history, period. It flows well over 400 cfm as cast and is capable of making over 1100 Horse Power right out of the box with no porting. Don is an innovator in our field and is constantly trying to extract more and more horsepower from these gas guzzling machines we all love.

DCI Motorsports Inc. is a one stop shop performing anything from a simple tune up, to complete under hood restorations on muscle cars as well as building engines for your stocker or all out 1,000 plus HP race cars.